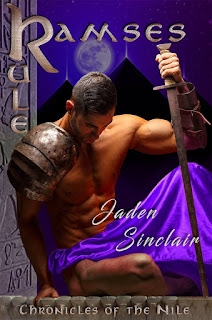 “Stand up.” She did, but only by using his shoulders to brace herself. Once up, he ripped the pants the rest of the way off then put them under her as she sat back down. “Now you won’t bleed all over the place. Drink.” She took another, and surprisingly the pain was starting to lessen up. “Okay, you about ready?”
“What choice do I have?”
He stood up with the bowl in hand and straddled the settee. He put the bowl between them but was still very close. Ramses then pushed her back so she was lying sideways with her cut facing him.
“Keep drinking it,” he said while threading the needle.
And she did, watching his every move. It fascinated her to see him be able to put a wet string into that needle with such big hands and thick fingers.
“So why is your room still grand and the rest of the house isn’t?” He asked, moving the towel. She didn’t take her eyes off the needle and hissed when it went into her skin.
Before answering him she took another drink, this one much larger. “He—he didn’t want me to sell my stuff.” On a groan she turned her head away, unable to watch him as he inserted the needle and pulled the open flesh closed. Besides that, it hurt like hell.
The bowl went down to the floor and she turned her head, saying nothing as he moved even closer and used his other hand to help pinch the skin. That had her moaning out in pain, which in turn got her to take another drink.
“This is going to take some time,” he said. “So might as well answer the question.”
“We sold, or he sold things to keep the place going. The servants we have now stayed just because of loyalty.” The more he worked, the harder it became to think and talk. When she took yet another drink, this time she downed more than the last, ignoring the burn. Sweat beaded on her face and the urge to cry out strengthened the longer he went; it became one hell of a fight.
“You okay?” he asked.
She shook her head before answering him. “No.” and before she knew it, tears had fallen.
Ramses stopped, reached up, and brushed the tears away. “It’ll be okay.” She nodded and he went back to work.
Instead of drinking more, which had her feeling very lightheaded, she began to pant through the pain, through the stick of the needle and pull of the string. She went quiet, just stared at him and watched his face as he worked.
So intense, so focused on the job at hand that he didn’t seem to notice her staring. It had been a very long time since she just looked at him without him really noticing.
Sheba remembered the day that her heart seemed to fall for him. She had just turned thirteen, hadn’t said a thing to Hesat. For so long Sheba kept her mouth shut and eyes off of him, just because of her sister. Once Hesat figured it out she had to show Sheba that all men would pick her first. Didn’t matter if Hesat was interested or not. If she wanted something, or better yet, if Sheba wanted something, then Hesat would make sure to get it first.
“You’re staring at me,” Ramses said, still working on her side and apparently seeming like he was only focused on it.
“You know she wasn’t really interested in you back then, right?” Sheba closed her eyes and took a deep breath, letting it out with a loud sigh. “You got me tipsy, didn’t you?”
“That does tend to happen when you drink that much.”
“She did it because of me,” she groaned, looking up at the ceiling.
“Did what?”
“Went after you.
“What are you talking about Sheba?” he exhaled as if irritated or something.
“Hesat.” Saying her name had him pausing, his eyes looking at her face. She couldn’t help it and smiled. “You have always had pretty eyes, you know that?” he cocked his head, but said nothing. “Are you going to use this to your advantage?”
“What you mean?”
“My father can’t know about this.”
“Ah,” that had him nodding and going right back to work. “Well then, I guess you are in my pocket huh?”
“I don’t want to be in your pocket,” she breathed out, closing her eyes.
“What do you want to be then?”
“Are you almost done?”
“Yes. Now answer my question.”
“What was the question?” he paused again, looking up at her.
With a smile, he leaned down and she watched as he bit the string. “Done. Don’t move.” Ramses got up, took the stuff with him and headed for the bathing room. She heard some water, and then he came back with another rag in hand.
“You can’t tell him,” she breathed out, closing her eyes when he began to clean up her side with cool water. “Please.”
“Yeah, and, why shouldn’t I?”
“Ramses, please,” she groaned.
“Sign the contract in the morning.” That statement had her still. “I’ll keep this and the fact that you’ve been going out at night swimming alone from him, but only if you agree.”
“That’s blackmail.”
“Yes, it is,” he gave her a big smile, and then tossed the rag to the pile with the other bloody things of hers.
Sheba pushed his hands away and started to get up, only to sway and go right back down. Ramses caught her, and in fact pulled her onto his lap, holding her close.
at 11:23 AM 1 comment: Links to this post

Kiss of the Jaguar 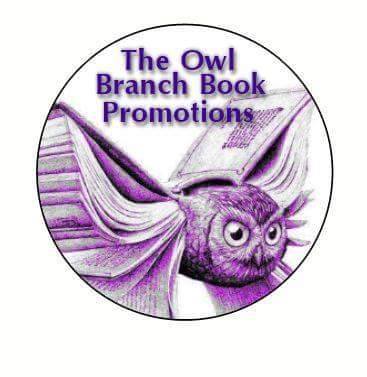